For the 2015 Star Wars Celebration, held in Anaheim California, Lego created a whole series of Lego Star Wars posters. The posters are all recreations of famous Star Wars posters, except in Lego. The Phantom Menace, Attack of the Clones, and Revenge of the Sith are based on the theatrical release posters, while A New Hope, The Empire Strikes Back, and Return of the Jedi are based on the Special Edition release. This collection makes for a great series by avoiding the teaser posters, and the original trilogy theatrical posters. A continuity is presented that just looks awesome. Maybe in the future Lego will revisit this idea and release more Lego Star Wars posters (the original Star Wars poster sure would be appreciated).

These Lego Star Wars posters were given out at the Star Wars Celebration, if you didn’t attend, there are many of these available online at various auction websites (eBay!). 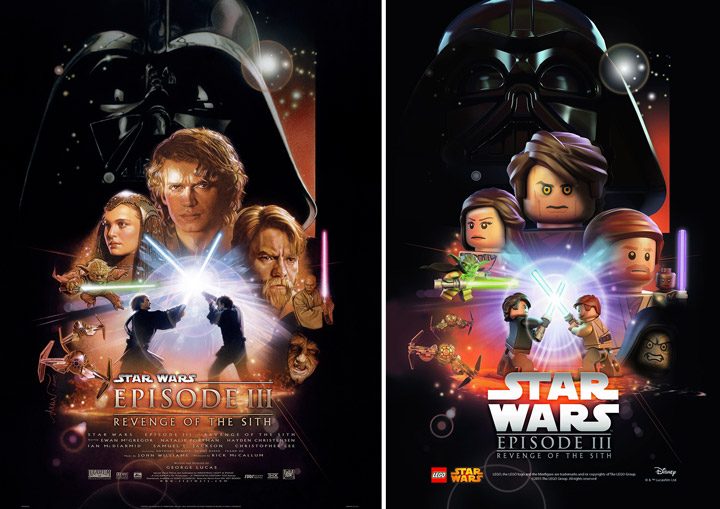 Everyday Bricks is a Lego blog featuring news and photos from the world of Lego. Feel free to contact us with your MOCs or Custom Minifigures.
~
About / Contact / Information!
Backgrounds!